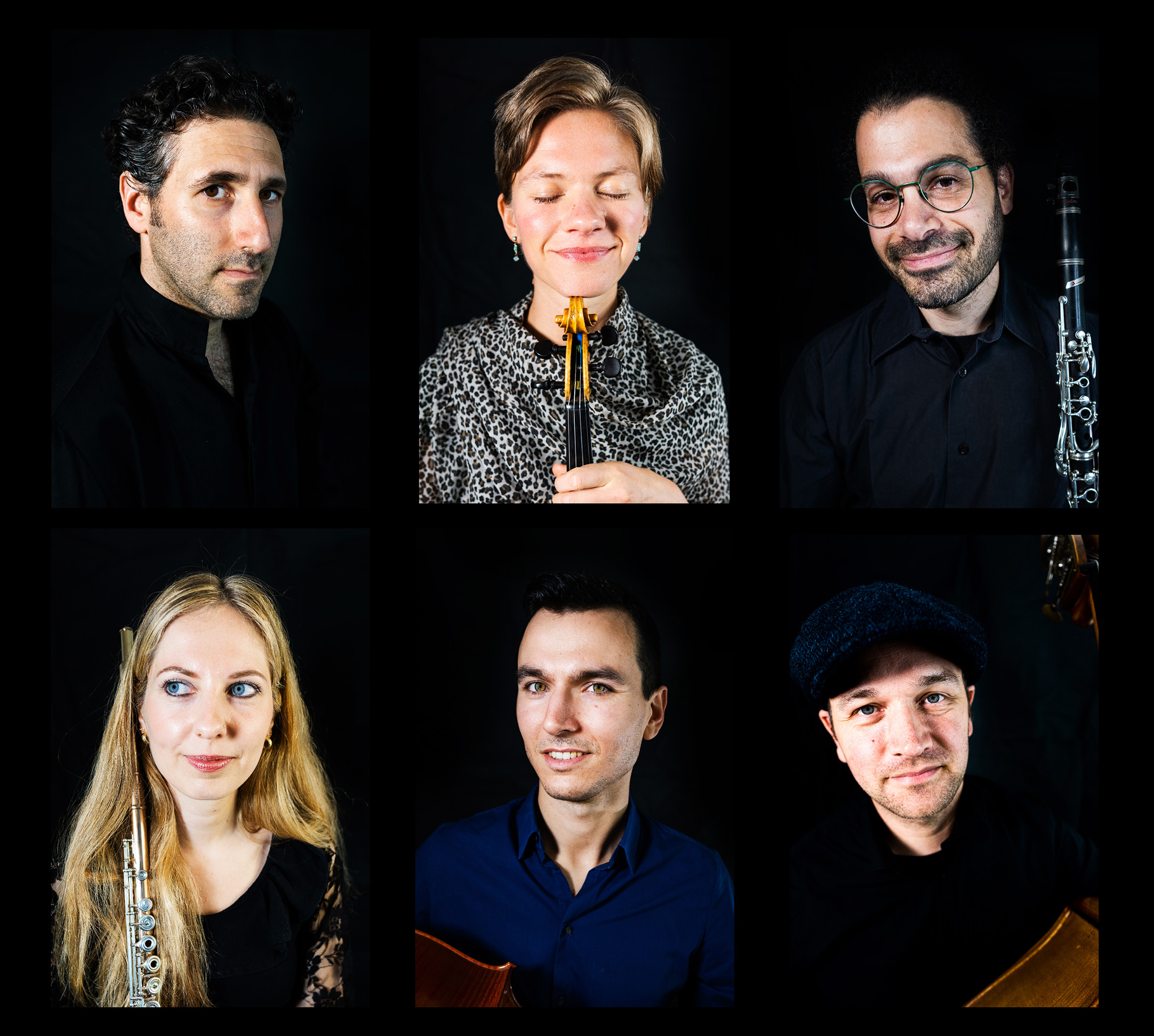 Ensemble Flensburg together with musicians from Denmark present a special concert of new music. The music will be written especially for the ensemble by young composers from Israel, Germany and Denmark.

For this concert, the composers Shaul Bustan (Israel/Flensburg) and Kenneth Dahl Knudsen (Dänemark/ Aalborg) are composing new pieces from different styles (including modern classical music, world music, jazz and improvised music), which integrate elements of their cultures and their country into the music. New and communicative music that will also appeal to an audience that does not usually consume contemporary music.

The ensemble would like to present new compositions by composers from all over the world and from Schleswig-Holstein, regardless of their style, in the most varied and sophisticated concepts possible. The ensemble would like to enrich cultural life in Flensburg and the region with contemporary music and thereby contribute to the expansion of cultural offerings. In addition, the aim of Ensemble Flensburg is to bring more tolerance and understanding of the unknown through the emotional power of music, to bring people from different cultural backgrounds together and to discover the beautiful in the unknown and new together. 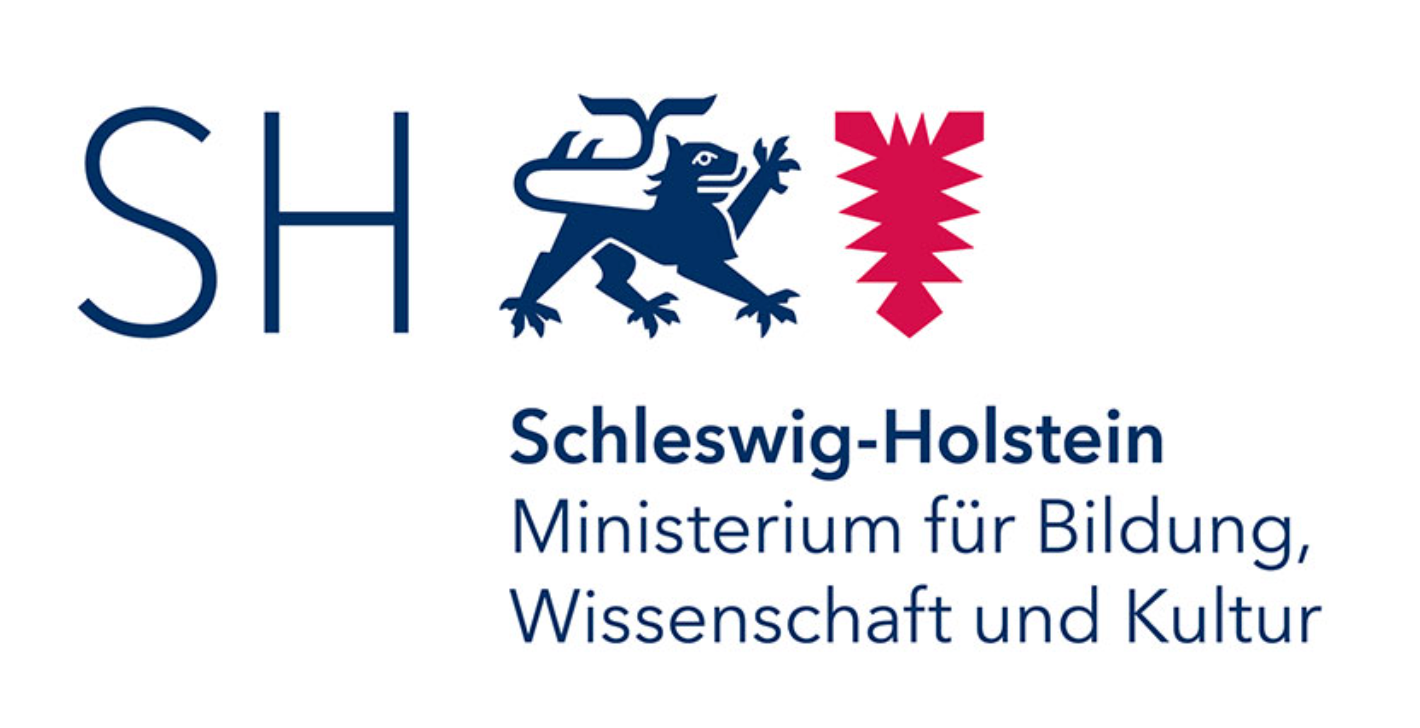 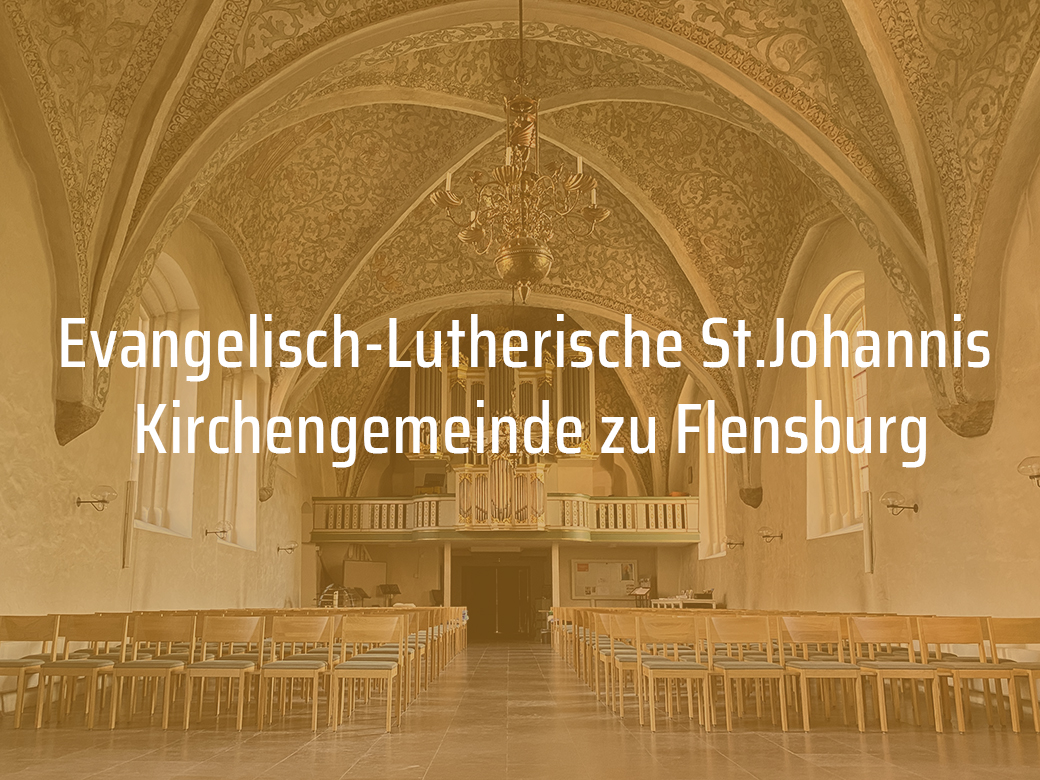 The Israeli composer, conductor, double bass and oud player Shaul Bustan was born in 1983 in a small kibbutz in the Negev desert, in southern Israel. He grew up between two worlds, as the child of a Persian mother and an Eastern European father. That not only shaped him personally, but also musically he is a traveler between cultures and genres. His tonal language tells of his origins as a studied composer of classical music as well as his virtuosity as a player of the oud, the oriental short-necked lute, on which he improvises effortlessly incorporating elements of jazz into his tonal language. In this way he creates highly original and yet very smooth listening experiences, which clearly bring the connection between Orient and Occident to life. Located between classical avant-garde, world music, jazz and free improvisation, Bustan’s music creates a completely new world of sound, far from narrow genre boundaries.

Shaul graduated from the Jerusalem Academy of Music and Dance with a Masters Degree in Composition in 2009. He has written over 400 pieces throughout his career; from opera to chamber and orchestral music to music for film, theater and dance. Shaul has composed for several international orchestras, ensembles and soloists, including the Israel Philharmonic Orchestra, EOS Chamber Orchestra Cologne, Tiroler Ensemble für Neue Musik, Meitar Ensemble, as well as for the mandolinist Avi Avital, the Klezmer maestro Giora Feidman and for the Schleswig-Holstein Music Festival.

Since 2011, Shaul lives in Germany. In addition to his work as musical director and composer in various projects, he leads several choirs in Berlin and performs regularly with his trio all over Germany.
He has received several awards for his work, including Best music at the International Film Festival of Ahmednagar (India, 2021), 1st prize at the International Tapiola Choir Choral Composition Competition (Finland, 2020), Avni-Yaddor composition competition (Israel, 2008) and scholarships from the German Music Fund, the German Music Council, the Berlin Senate and the America-Israel Cultural Foundation.

Anja Kreuzer is the First Prize winner of the International Kuhlau Flute Competition 2017. Since 2015 she is working in the Schleswig Holstein Symphony Orchestra and Theatre, Germany. She plays in the position as associate Principal Flute (before, 3 years Principal Flute 50%).

Anja played her debut as a soloist with the Silesian Philharmonic under the direction of P. Gajewski in 2018. There she performed the Mozart Flute concerto in G major. In the newspaper (Hildesheimer Allgemeine Zeitung) Anja Kreuzer´s flute playing was described as tremendous expressive, technically souvereigne and musically safe in all nuances.

In 2019, Anja played as a soloist the Reinecke Flute Concerto with the Lugansk Symphony Orchestra, at the Crimean International Music Festival.

From 2014 – 2015 the swiss flute player Anja was Principal Flute in the Norrköping Symphony Orchestra, Sweden. Furthermore, she had engagements in Switzerland, Germany, Sweden and Denmark in such orchestras as the Musikkollegium Winterthur, the Opera Kaiserslautern, the Southwest Chamber Orchestra Pforzheim, the Swedish Chamber Orchestra, the Västeras Sinfonietta and the Sonderjyllands-Symphony-Orchestra. Anja made an internship in the Radio-Symphony Orchestra SWR in Stuttgart, as well as in the Opera Kaiserslautern, Germany.

Through her work in orchestras, Anja had the opportunity to play under the direction of Michail Jurowski, Helmuth Rilling, Serge Baudo e.g., with soloists such as Rudolf Buchbinder, Martin Fröst, Helene Fischer, e.g.

The swiss musician studied at the Royal Academy of Music in London with William Bennett, where she graduated (Master of Arts). She won there the Irene Burcher Prize for the best Final Recital.

Anja obtained a Bachelor’s degree at the Zurich University of Arts, where she studied with Matthias Ziegler and had additional lessons with Sabine Poyé Morel. Furthermore, she received an orchestra diploma at the University of Music in Saarbrücken, Germany, in the flute class of Gaby Pas-van Riet.

Her flute solo CD: “Time travels on a flute” was published in 2019 and is available in stores and online.

Ishay Lantner played four years as principal clarinetist in the Israeli Chamber Orchestra before beginning his studies with Prof. Johannes Peitz at the University of Music and Performing Arts in Hanover. As a principal clarinetist he has performed with the Ulster Orchestra and the Tel Aviv Soloists Ensemble and has made guest appearances with the Northern Sinfonia and the Philharmonia Orchestra London. He has also performed with the Israel Philharmonic Orchestra and the Deutsche Kammerphilharmonie Bremen, among others. Ishay Lantner was a member of the West-Eastern Divan Orchestra for many years, performing under the direction of Daniel Barenboim and Pierre Boulez. He won first prizes at the David Weber Competition and the Solo Competition of the Jerusalem Music Academy, among others. He was also a finalist at the International Music Competition in Madeira. Ishay Lantner has made guest appearances at festivals such as Röros Vinterspiel in Norway, Salta Festival Argentina, Kimito Festival Finland and tensions Festival Heimbach. There he made music with Klaus Thunemann, Dale Clevenger, Nobuko Imai, Nicolas Altstaedt and Christian Tetzlaff, among others. For seven years he has worked regularly with the Ensemble Berlin of the Berlin Philharmonic. Ishay Lantner has been principal clarinetist with the Kiel Philharmonic Orchestra since 2012.

Suleika Bauer has been playing the violin with passion for over twenty years and has managed to make music her profession. She successfully completed her violin studies at the HMT Rostock and is part of the Schleswig-Holstein State Theater and the symphony orchestra as a violinist. She also gained a lot of experience as a soloist, e.g. with the Polish Chamber Philharmonic, the Mozart Concertists and the Scheersberg Chamber Orchestra. She was also a guest at festivals such as the Usedom Music Festival and the Festspiele Mecklenburg-Vorpommern. In a duo with the piano, as well as in a string quartet or in a violin duo, Suleika Bauer is a popular chamber music partner. For example, she has already given concerts with clarinettist Giora Feidman, “the” Klezmer interpreter in general. For Suleika Bauer, music has no borders. It doesn’t always have to be classical – band projects, rock, pop, gypsy music and crossover also inspire her and give her the opportunity to unleash her creativity.

Finn Strothmann was born in Eckernförde in 1983, is married, has 2 small children and lives in Flensburg. From 2004 to 2009 he studied double bass in Denmark and Holland. Concert tours have taken him with various orchestras and ensembles to countries including Russia, India, China and other European countries. Finn Strothmann works as a double bass teacher at the music school in Flensburg and he is a double bass player in several bands in Northern Germany.

Martin Pratissoli, born and raised in Italy, studied at the music academies in Milan, Lucerne and Detmold. He was able to participate in important music festivals such as the Lucerne Festival, the Aspen Music Festival in the USA and the Moritzburg Festival. As an orchestra musician, Martin Pratissoli has gained a lot of orchestral experience in recent years, including as a temporary assistant with the Vienna Philharmonic, the Mahler Chamber Orchestra and the Orchestra of La Scala in Milan. After contracts in the orchestras of Hanover, Dresden and Flensburg, he has been a permanent member of the Sønderjyllands Symfoniorkester since 2019.

The Czech violinist Lada Fedorova studied at the Prague conservatory and the Janacek Academy of Music and Performing Arts in Brno. She later continued her studies at the Royal Academy of Music Århus and the Vest Jyske Conservatory in Esbjerg in Denmark where she concluded her studies with a soloist diploma. She has been awarded several prizes at various competitions including the international competition in Dolny Kubin SK, Concertino Praga CZ, the international competition in Zabrze PL and first prize from the Radio Katowitze, PL.In 2012 she was awarded a prize from her Royal Highness Princess Marie which she personally received. She has attended various masterclasses with many of the worlds prestigious violinists including J. Epstein, Isaac Stern, Vaclav Hudecek and Cenek Pavlik- Guarneri Trio Prague. She has recorded two CD’s. Romance from Andalousie – virtuous dances of Pablo de Sarasate and Czech Violin romance. In that CD she gave the world premier of the violin concerto in D major by J.V.Kalivoda and playing other works by czech composers with the Czech National Symphony Orchestra. ​ She was also a member of the Czech Philharmonic collegium, a chamber orchestra that includes musicians from the Czech Philharmonic and concertmaster of Czech Symfoniker. As a soloist, she has performed with the Czech National Symphony Orchestra, the Janacek Philharmonic orchestra, the South Bohemian Philharmonic, Archi Ensemble and the Czech symfoniker. She is very much active as a soloist in various international music festivals and solo concerts. Lada currently plays a violin by the 18. century (year 1757) violin maker Giovanni Battista Gabrielli from Cremona Italy. She is also member of piano trio Everdel, together with pianist Lucie Kaucka and cellist Sebastien Breguet.
www.lada-fedorova.com

Laila Knudsen, viola, is born in Denmark in 1995 and has been a member of South Denmark Philharmonic since 2021. She has studied at The Royal Danish Academy of Music with 2nd principal from Danish National Symphony Orchestra, Dmitri Golovanov, and with Prof. Tim Frederiksen. Furthermore she studied one year at Shanghai Conservatory of Music with Prof. Jensen Horn Sin-Lam, and during her studies she has participated in masterclasses with many great viola players such as Máté Szücs, Yuval Gotlibovich and Julia Dinerstein.

We use cookie to improve your experience on our site. By using our site you consent cookies.